Did You Know?
While driving on Route 10 between El Paso, Texas and Tucson, Arizona you will see billboards for “The Thing.”  What is it you're wondering? We may never know.
In Hastings, Ne this museum is all about Bigfoot.  Apparently, there are Bigfoot sightings all over the U.S., not just the north west as most believe.
There are more than 5,000 mustard's from more than 70 countries on display at this museum in Middleton, Wisconsin...if you don't like mustard, this is not the place for you.
Built in Piercy, California, this roadside attraction includes a house called Gravity House that is full of optical illusions. 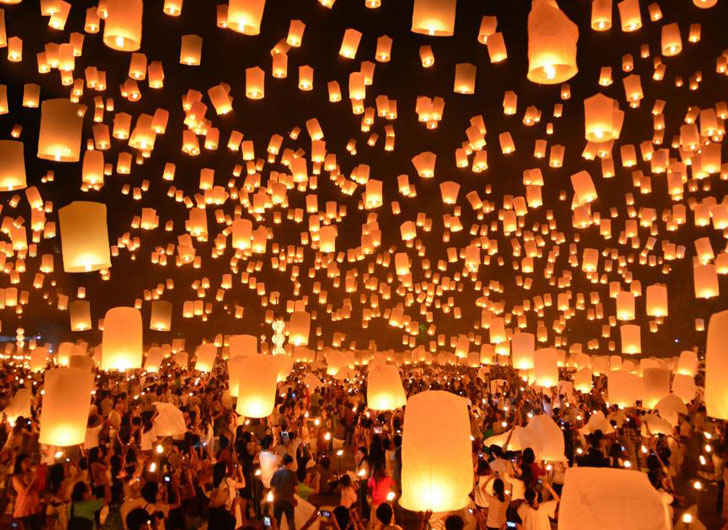 Not everywhere in the world rings in the new year on January 1st. Many countries follow a lunar calendar, or have specific religious holidays that denote when the new year begins. So, if for some reason you missed out on New Year’s Eve you can always travel to one of the following five places to relive New Year’s Day all over again!

A post shared by BucketList Adventure (@bucket.list.adventure.travel) on Jan 1, 2018 at 4:31pm PST


The Hindu festival of Diwali is known as the ‘Festival of Lights’ and symbolizes the victory of light over darkness. Since ancient times it has been celebrated during the autumn and runs for approximately five days. The main festival night falls on the new moon night of Kartik, the Hindu Lunisolar month. During this time leading up to this night the house is cleansed from top to bottom so on the main Diwali night everyone celebrates by wearing new clothes, lighting up the house, feasting, exchanging gifts and praying to specific deities.


The new year in Tibet is known as Losar and lasts for 15 days. Tibetan monks start prepping for Losar on the 29th day of the twelfth month by cleansing the monasteries and participating in religious rituals that involve cooking certain foods. The Losar festivities begin on the 3rd day. This year Losar begins on February 16.


This year Iranians will celebrate their New Year on March 21. Known as Nowruz, the dates are taken from the Persian calendar and is celebrated on the day of the astronomical Northward equinox. Iranians liken Nowruz to a ‘rebirth of nature’ and they prepare by thoroughly cleansing the home before the holiday hits. Once Nowruz begins, they celebrate for 12 days by spending time with families and friends, lighting bonfires, wearing new clothes and celebrating the lucky number 7!


Ethiopians celebrate Enkutatash, which falls on the Gregorian calendar’s September 11, or September 12 if it’s a leap year. Considered a religious holiday in Ethiopia, the day also marks the end of the rainy season. Families celebrate by eating a traditional meal of bread and stew and wearing new clothes.