Did You Know?
The Seven Giants.  In Russia these 7 rock pillars stand, and locally are called the seven strong men of Russia or the little mountain of the gods.
Mendenhall Ice Caves.  Scientists are baffled as to why these ice crystals in this cave in Alaska are different colors.  There is a growing concern of how global warming will affect these caves.
While driving on Route 10 between El Paso, Texas and Tucson, Arizona you will see billboards for “The Thing.”  What is it you're wondering? We may never know.
These dolls, known as Cupcakes Dolls, transformed from a cupcake into a doll and even came in different yummy scents such as Strawberry Shortcake and Cherry Merry Muffin. 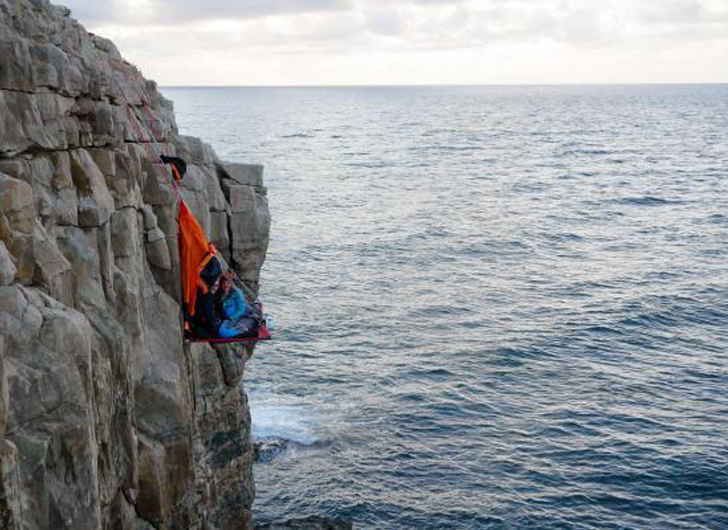 If sleeping in a regular Bed & Breakfast is just a little too tame for you, a new B&B promises to thrill even the most fearless of daredevils.

Do you want to sleep watching the stars from the edge. Back in the summer I got these 2 out for amazing night on the Swanage sea cliffs. Check the blog….. https://apple.news/AcxjUcGWmTtaDQzs-vFFfQg?campaign_type=5de4c193-9fa8-4674-88b4-e4bed5d50129&creative_id=article-5-article&campaign_id=E103

A post shared by Youngs Adventure Solutions (@youngsadventuresolutions) on Nov 26, 2017 at 2:14pm PST


The ‘Portaledge’ is the brainchild of mountain climber Eddy Young and for a mere £450 per night adventurous travelers can sleep suspended 60 ft. from a cliff in Dorset, England with sweeping views of the English Channel.

So far only six guests have been brave enough to fork over the money to be strapped to a harness so they don’t roll off the portaledge during the night.

“The experience is unique,” Young told the Daily Mail. “You have normal camping in a field and glamping, but this is the next level. If people are looking for an adventure, then this is for them.”

Would you like a different climbing experience in Dorset. Come on a climbing course with us and have lunch on a portaledge.

A post shared by Youngs Adventure Solutions (@youngsadventuresolutions) on May 22, 2017 at 1:02am PDT


“I understand it’s quite a niche,” Young said of his B&B idea, which has so far garnered five-star reviews on TripAdvisor. “It’s aimed at professional, high earning people who have got that spare cash, done a bit of climbing before and want to take it to the next level.”

When it comes to needing to take a midnight bathroom break, Mr. Young told the Daily Mail it’s either a climb back up to the top of the cliff, or a bucket!