Did You Know?
Beanie Babies were a huge fad in the '90s, but for those who have held on to these stuffed animals, they can see financial gain for their increased resale value.
Former MLB star Derek Jeter is also known as “Mr. November.” Just after midnight, the first MLB baseball game ever played in the month of November ended when Jeter hit a solo home run off Byun-Hung Kim of the Arizona Diamondbacks, winning Game 5 of the 2001 World Series.
Three-time gold medalist Shaun White was pegged as “The Flying Tomato” during the 2006 Turin Olympics when he slayed the half pipe with his long red locks cascading from his helmet.
NFL running back Marshawn Lynch is also known as “Beast Mode.” Lynch explained that one of his coaches as a kid always called him a beast and it stuck. 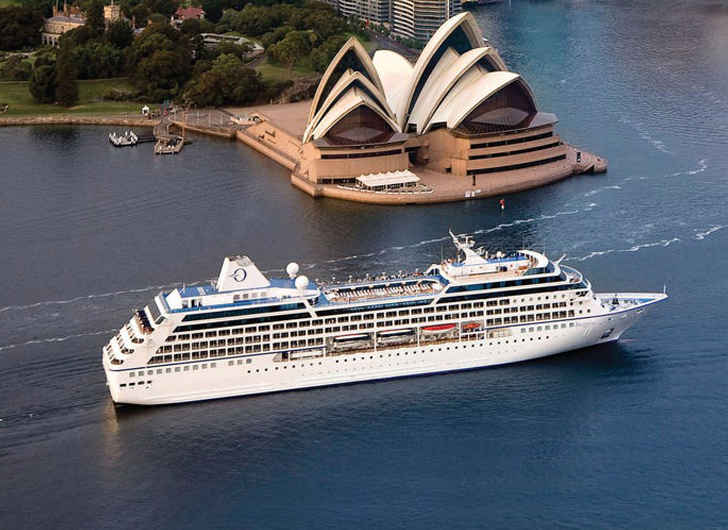 Oceania Cruises has revealed details of its 2024 Around the World in 180 Days sailing – and it’s the stuff bucket lists are made of!

According to TravelPulse, the world cruise will take place aboard Oceania’s Insignia ship and set sail on the 180-day extravaganza from Los Angeles on January 14, 2024.

What travel dreams will transform into your best adventures of 2024? It’s time to start planning – explore the highlights of our 2024 Around the World journey + 4 early-release Grand Voyages. Reservations open on Wednesday, March 2.


The world cruise will feature 96 destinations in 34 countries, including over 100 UNESCO World Heritage sites.

“Incredibly, last year our 2023 world cruise sold out in just one day, so for 2024 we are providing guests more extended voyage options to deeply and meaningfully rediscover the world,” Oceania CEO Howard Sherman said in a statement reported by TravelPulse.

“While a globe-circling journey is the pinnacle of life-changing travel experiences, we have specially curated a set of Grand Voyages for seasoned and time-rich travelers to navigate storied seas, straits and oceans that boldly connect diverse and exotic corners of the globe,” Sherman continued.

In addition to the Around the World in 180 Days itinerary, TravelPulse is reporting Oceania will also offer four different Grand Voyages ranging from 72 to 82 days, including:

Grand Pacific Expedition from LA to Sydney: a voyage of 77 days departing October 4, 2023, aboard the Regatta and visiting 12 countries, including Bali, Kyoto and Perth.

Odyssey of Discoveries from Abu Dhabi to Tokyo: an 82-day voyage departing December 29, 2023, aboard Riviera and taking in 18 countries, including the Maldives and Sri Lanka.

Epic Eastern Explorer from Mumbai to Tokyo: a 72-day journey that will take cruisers to the exotic locations of Myanmar, Bangkok, Singapore and Seoul among others. Departs January 8, 2024, aboard the Riviera.

Ultimate Exotic Traveler from Papeete to Cape Town: a 79-day voyage departing February 19, 2024, aboard the Nautica. With visits to 15 countries, this cruise also takes in the renowned game reserves of South Africa.