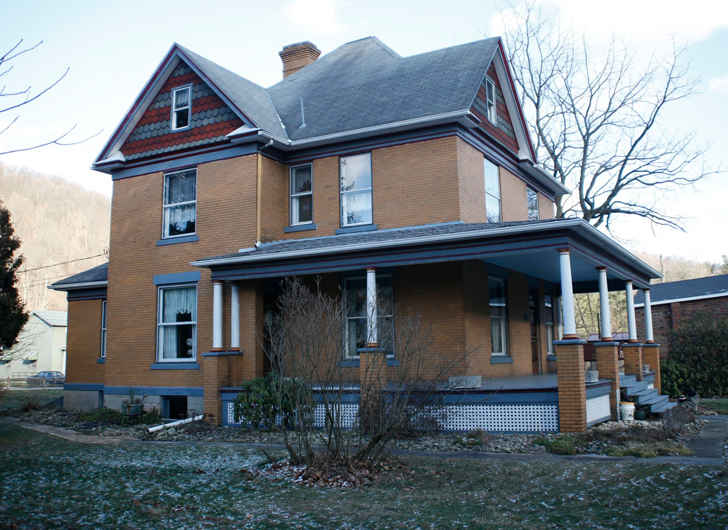 The spooky home featured in the 1991 movie Silence of the Lambs will soon become a bed & breakfast for those brave enough to shelter within.

The home, located just outside of Pittsburgh, Pennsylvania, was the setting where Buffalo Bill skinned his victims in the hit film starring Anthony Hopkins and Jodie Foster.

@Buffbillshouse celebrates the 30th Anniversary of "The Silence of the Lambs" as well as opening it's doors as a new business!

We are now available for on-location filming and will begin booking overnight stays soon!


According to TMZ, New York theatrical art director, Chris Rowan, purchased the home for $290,000 earlier this year and, fortunately, won’t have much to do in renovations. The home still boasts many of its original features, including old-fashioned wallpaper, dark wood trim, and wooden floors. Plus the exterior is still the same when it was featured in the movie with its wraparound porch and yellowish brick facade.

A panoramic scan of the grounds and @buffalobillshouse from the iconic film "The Silence of the Lambs" on its 30th Anniversary today!


There is one feature Rowan will have to renovate – and that’s the eerie basement well where Buffalo Bill trapped his victims. The basement well scenes used in Silence of the Lambs were filmed off-site since the home doesn’t have a well in the basement – but that’s all about to change. According to TMZ, Rowan reportedly plans to add one to give guests the ultimate Buffalo Bill experience.