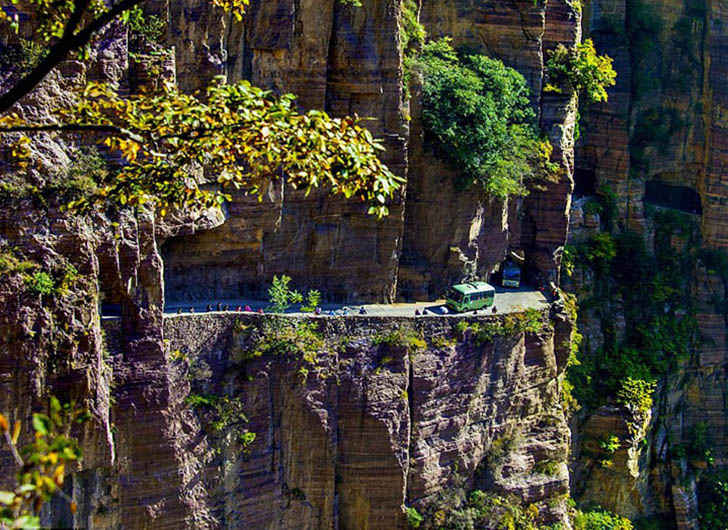 With adventure tourism on the rise, a few foolhardy, thrill-seeking tourists are actually pursuing dangerous roads to traverse – for fun!

To help them pick the most heart-stopping, stomach-churning routes, Big Seven Travel has compiled a list of the most dangerous roads in the world and not surprisingly they’re not for travelers with a fear of heights.

According to Big Seven Travel, the top three most dangerous roads in the world are:


The name may sound sweet and innocent, but the road is nothing short of petrifying. Locally known as “Joot” this rugged and cragged road ascends to 3,000 meters in places with death-defying sheer drops along the crumbly path. Located in the Gilgit-Baltistan region of Pakistan, the gravel road has been known to claim the lives of many drivers, with the most dangerous part of the road being a six-mile stretch no wider than a Jeep Wrangler (according to dangerousroads.org). For travelers wishing to experience Fairy Meadows Way, the road is only open during the summer, with June and July being the best times to visit.


North-west of Kathmandu, high in Himilayan Mountain, lies the dangerous Karnali Highway. According to Big Seven Travel, the road is so hard to navigate police have banned nighttime driving due to the high number of fatal accidents. Dangerous Roads reveals the Karnali Highway is a “combination of narrow stretches, landslides, rocks, flooded parts, potholes, huge drops, steep cliffs, and also lots of dust along with bumpiness. Extremely narrow lane, lack of awareness among public and driver, unattended cattle on the roads, among other reasons have made it a risky road to travel.”


Literally carved out of the side of a mountain, China’s Guoliang Tunnel Road first opened in 1977 in order to reach the village of Guoliang. Since then the precarious road has become a beacon for thrill-seekers looking to test their driving skills along the scenic, but extremely dangerous route. According to the Daily Mail, the 1,200 meter-long tunnel was built by 13 villagers and contains more than 30 ‘windows’ of different shapes and sizes and is one of the steepest roads in the world.