Connect with us
Did You Know?
St. Patrick's Day Parade is in Boston, Massachusetts. While other cities have big St. Patrick's Day celebrations, Boston has the largest.
Travertine Pools.  These pools in Turkey are fed by a warm natural spring and are visited by locals and tourists regularly.
Richat Structure.  This 30-mile wide structure in the desert of Mauritania has an interesting shape.  Is it a huge fossil, or a spacecraft landing site?
You can explore the world's largest plant maze at the Dole Plantation in Wahiawa, Hawaii.  The maze is a total of 2.5 miles long! 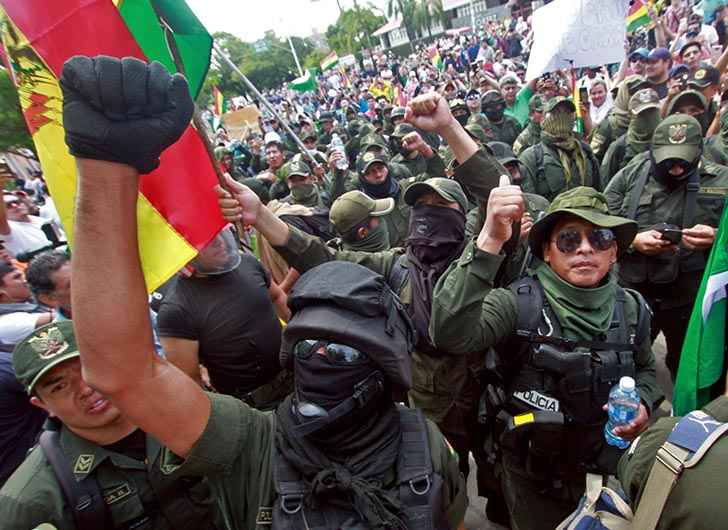 After Bolivian President Evo Morales resigned and sought exile in Mexico over the weekend, the U.S. State Department is advising travelers to avoid traveling to Bolivia and urging U.S. citizens in the country to leave “as soon as they safely can.”

Citing “civil unrest and an evolving security situation,” the State Department has also authorized non-emergency officials to leave Bolivia due to “ongoing instability in the country.”

President Evo Morales’ resignation came after massive protests alleging election fraud rocked the South American country. His resignation has led to further civil unrest and political protests which will likely continue as the country moves towards a new election.


“Given current civil unrest and an evolving security situation, as noted in the Travel Advisory update for Bolivia of November 12, U.S. citizens in Bolivia should depart as soon as they safely can. U.S. citizens wishing to depart Bolivia should make their own travel arrangements. Commercial flights remain available. U.S. citizens in La Paz who would like to leave and are unable to depart via commercial means should contact BoliviaEmergencyUSC@state.gov for assistance,” the U.S. State Department travel warning reads.