Did You Know?
Christ of the Abyss.  Guido Galletti created this 2.5 meter tall statue of Christ and submerged it in Italy.  Another great diving spot for sure!
Nuclear Waste Adventure Trail and Museum.  Here in St. Charles County, Missouri, you will find where the largest explosives factory in America used to be!  Enjoy walking around a uranium refinery.
While several destinations claim to have the largest twine balls, in 2014 the record belongs to Cawker, Kansas.  It's growing all the time!
Socker Boppers were a big 'hit' in the 90s - no pun intended. Their spin-off products  - Sock'em Swords, Sock'em Shields, and Sock'em Screamers were also a successful sell. 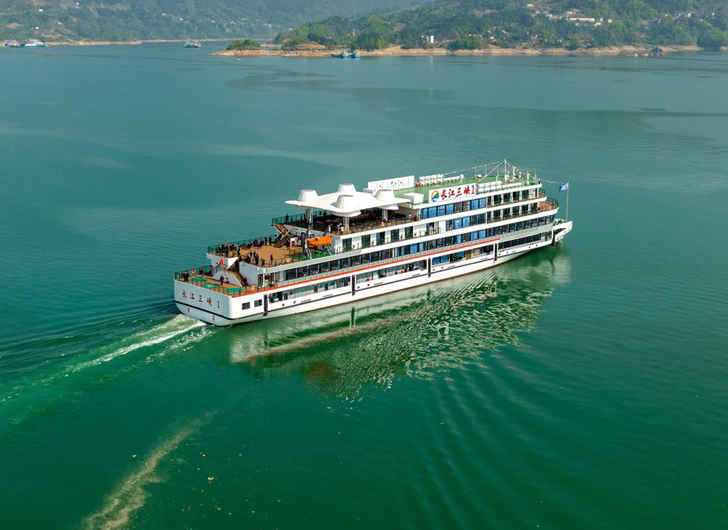 With the ability to carry up to 1,300 passengers, the world’s largest electric cruise ship has made her maiden voyage up and down the Yangtze River in China.

Coming in at 100 meters long and 16 meters wide, the Yangtze River Gorges 1 is powered by a massive 7,500-kilowatt-hour marine battery, Business Standard reports. The battery is made by Contemporary Amperex Technology, the world’s number one battery manufacturer for electric cars.

According to Business Standard, the Yangtze River Gorges 1 can travel for around 100 kilometers (approximately 62 miles) on a single charge and that saves approximately 530 metric tons of fuel.

Bloomberg reports the developer plans to use the ship as a starting point to expand China’s marine electric vehicle market with plans to build a network of charging points along the Yangtze River.